"I'm Sorry but that Order Number is Invalid" 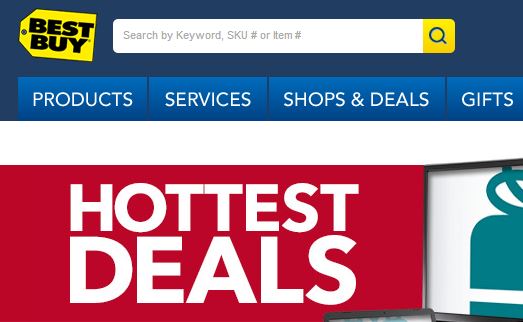 A previously successful online transaction at Home Depot allowed for scheduling of an appliance purchase including delivery and installation. However, when a gas range failed recently, Home Depot didn't have the model desired in stock, and would not for another 30 days or more.

Next up was Best Buy; one assumed that a similar experience would be possible.

No such luck. Payment and scheduling of the installation could not be accomplished online. So on to the phones.

The ordering of the appliance through the call center was straightforward enough, but the audio quality was poor. It sounded like the early days of IP telephony. An initial operator fielded the call, then relayed it to an appliance specialist, who took the order. This part was routine. Later in the day, several emails were received (albeit to the wrong email address; the updating of email addresses on an account lags more than 24 hours?) indicating the order status.

Two days later, the order status was queried. No record of any order. Hmm. Back to the phones. "No, I have no record of such an order. Is there anything else I can do for you?"

Disposition: The order acknowledgement was forwarded to a different email address, and later the next day, a CSR emailed that there had been a delay in posting the order to the account. Specifically,

I have read the previous chat contact you made with regards to your order number (1113152694909). I do apologize if there was a delay in reflecting your order in bestbuy account [sic]. I checked the email details you sent and I am happy to inform you that I was able to confirm your order.

As of three days after receipt of this message, while the order may be valid in some system somewhere, the order is still not showing on the account.

Posted by knowlengr at 1:22 AM

This is a Flickr badge showing items in a set called errorprocessing. Make your own badge here.